Dais members for SHUMUN XXII have been selected! Check out our dias members down below, then head over to our ‘Committees’ tab to learn more about our Committees!

Julia is a junior majoring in International Relations and Economics and minoring in Graphic Design. She is originally from Portland, Oregon and will take every opportunity to talk about how the west 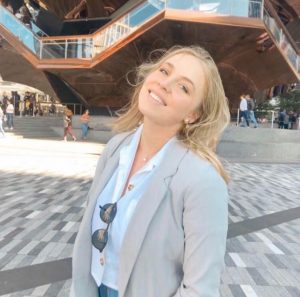 coast is the best cost. At Seton Hall, she is the Student Government President and an active member of Greek Life. Julia has loved her time competing in SHUNA and has made some of her best friends in the organization. She is a huge final of GA’s especially specialized ones and is usually geared towards the environment and social issues. Outside of school, Julia works as a paralegal in corporate law and hopes to go to law school after graduation. 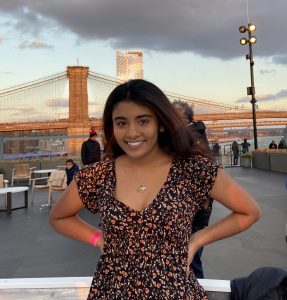 Meg was born and raised in Orange County, California. Growing up she rock climbed, played lacrosse, dabbled in piano, and was (and still is) an avid beach go-er. At Seton Hall, Meg is pursuing a degree in Diplomacy and International Relations with minors in economics and psychology. When she is not in class or doing coursework, you can often find her training for Model UN with SHUNA, the university’s competitive Model UN team, and working with student government. Apart from school, Meg also works as an assistant teacher at Go! School New York. She has switched from roaming beaches to exploring the Big Apple!

U.S. Senate: Committee of Oversight on the Hollywood Blacklist and the Space Race

Shannon is from just outside of Chicago, IL and is a junior at Seton Hall in the School of Diplomacy and International Relations. Shannon is a Diplomacy and International Relations major with a focus in the intersection of environmentalism and gender. She has been a member of SHUNA since her freshman year, has gone to 6 conferences, participated in Seton Hall’s collegiate conference, HallMUN, and has spent more hours than she can count talking and thinking about MUN. Shannon has always loved modern day committees that tackle real issues and allow delegates to bring creative approaches to complic 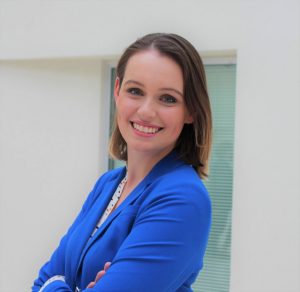 ated topics! Outside of class you can find Shannon drinking extreme amounts of coffee, watching bad reality tv, cooking and listening to country music. Shannon is known for her eagerness to talk about politics and current events at any time (also about her love of all things Chicago and deep-dish Pizza). She looks forward to getting to know the delegates, seeing how each one bring their passions and knowledge to the topics we will discuss.

Carter B. is a second-year undergraduate student in the College of Arts and Sciences, studying History, English, and Russian. This is their second year on Seton Hall’s Model UN team, having attended two conferences in their first year and awarding at one. Outside of MUN, they usually have their nose buried in a book or hanging out in the village with their flatmates. Additionally, Carter is involved in Greek life on campus (go Kappa!), the university Honours program, and co-founded the student-run arts magazine on campus last semester with their housemate Michael Brown. For SHUMUN, they’ll be directing campers and their friends throughout the extensive world of Rick Riordan’s Percy Jackson and the Olympians series! If you have any questions concerning the committee, feel free to contact Carter at bryantsa@shu.edu. 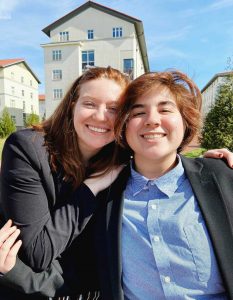 Michael Brown is a Sophomore at Seton Hall University dual majoring in Psychology and English with a minor in art and design. Despite starting Model UN later than most, Michael has fully fallen in love with it after traveling to and participating at his first conference. While also Chairing for SHUMUN, he is also the active Member at Large on the Executive Board of Seton Hall’s traveling team. Outside the world of Model UN, Michael is most likely spending time with his friends (all of whom he met because of Model UN), helping organize Seton Hall’s official art magazine, painting, or is obsessing over his favorite book/film at the moment. Though this past year has brought about much uncertainty, Michael is very excited and looks forward to meeting everyone at SHUMUN XXII!

Tim is a sophomore in the Arts and Sciences College with a double major in Political Science and Spanish. When not suffering through a global pandemic, he enjoys coming up with crazy culinary creations, passionately discussing any and all political issues, and hanging out with his friends. Tim can not wait for this year’s SHUMUN and is looking forward to co-directing this committee with his pal George. Feel free to reach him at timothy.dziekan@student.shu.edu if you have any questions! 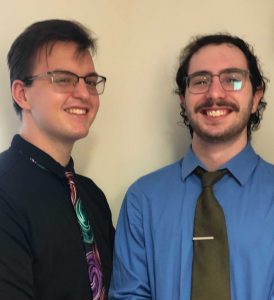 George is a sophomore at Seton Hall studying in the International Relations program, minoring in French. This will be his second year as a part of the SHUMUN. George is from the north of New Jersey, and loves bubble tea, cooking, and talking politics whenever he can. He is ready to adapt to the new challenges and make SHUMUN as fun and rewarding as possible! 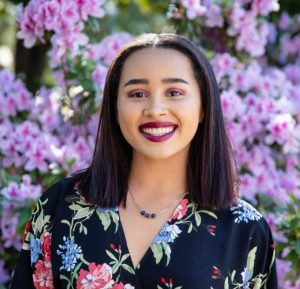 Diplomacy and International Relations and Italian. While this is only Kacie’s second year doing Model UN, she has learned so much and has made plenty of friendships from it. Outside of Model UN, Kacie is a member of Alpha Omicron Pi and is an Italian Studies scholar. She is super excited to be chairing this committee and can wait to see what you come up with! Feel free to reach out to her with any questions about the committee at wrightk2@shu.edu!

MaryBeth Ammari is a sophomore in the School of Diplomacy and International Relations and is minoring in Arabic. Back home in California, she was on the Executive Boa 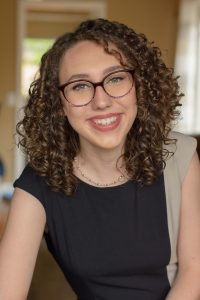 rd for her High School’s MUN team competing nationally. Attending Seton Hall, she joined SHUNA as soon as she could and is now the treasurer of the competitive travel team. In addition to her passion for MUN, her Grandfather’s career as the Jordanian Ambassador inspired her to pursue a career with the United Nations. Her campus involvement includes being a Peer Adviser, ARC Tutor, and a part of the Honors Program. Outside of her academic activities, MaryBeth can often be found watching Marvel movies, drinking way too much boba, and going overboard with holiday celebrations! She looks forward to meeting each and every one of you in committee and watching you tackle the issue at hand with creativity and diplomacy. 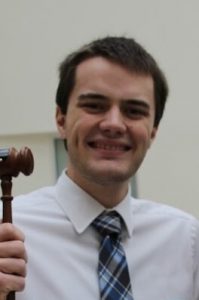 Junior studying History and International Relations at Seton Hall University with minors in French and Economics. This is his third year doing model UN and second time being a Crisis director. Jake serves as SHUNA’s acting training coordinator. Outside of MUN you can find him watching movies, playing video games, playing dungeons and dragons, and working on construction projects.

Hello everyone, and welcome to SHUMUN! Kaitlyn Akroush is a sophomore at Seton Hall. She is a double major in Diplomacy/International Relations and Philosophy, and a member of the Honors Program, the Seton Hall United Nations Association, the Orthodox Christian Fellowship, and Turning Poin 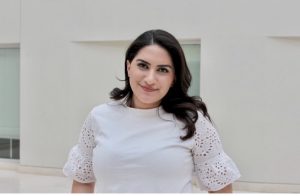 t USA. Originally Kaitlyn is from New York, but currently lives in Paramus, New Jersey. She has been a member of the Seton Hall United Nations Association since her freshman year and is extremely interested in Model UN and loves the excitement it brings. She is looking forward to meeting the delegates, and having a wonderful committee. Go Pirates!

Stephen Hoffman is (unfortunately) a senior majoring in Political Science and History with a minor in Middle Eastern Studies. He is currently serving his second term as the

president of SHUNA, the competitive Model UN team at Seton Hall, and has competed at over 15 conferences in his time in college. In the fall, Stephen was the Secretary-General for the first ever HallMUN, the collegiate MUN conference held by Seton Hall. As if that wasn’t enough Model UN, he also works as a Diplomacy Fellow with Best Delegate, teaching classes and staffing conferences for middle and high school students around the country. Hailing from just outside Philadelphia, when Stephen is not doing MUN (a rarity) he can likely be found going crazy for Philly sports (go birds) or finding new things to cook in his deep fryer. Stephen is beyond excited to be crisis directing the first ever SHUMUN ad-hoc and cannot wait to challenge delegates while leading what is certain to be one of the most eventful committees in the 22-year history of the conference. Feel free to contact Stephen at hoffmast@shu.edu with any questions you may have regarding SHUMUN or Model UN!

Elena Soisson is a junior International Relations and Economics Major from Hillsborough, NJ. Elena has been involved in Model UN throughout her college career, and has participated in 7 conferences, and has previously served as treasurer, and is now Vice President of Seton Hall’s c 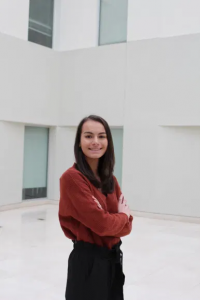 ompetitive Model UN team. At Seton Hall, Elena is a tour guide and sorority president. Outside of class, Elena enjoys cooking, running, drinking tea and gardening. She is also interested in politics and law, and is currently interning at the Department of State. This is Elena’s 3rd SHUMUN and cannot wait to chair Ad Hoc with plenty of surprises! Please contact her with any questions, comments, or concerns.